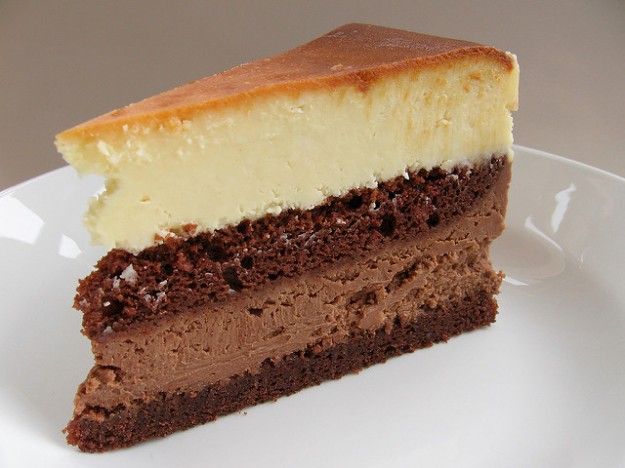 And I’ll take a slice of cheesecake.

Marble or Godiva Chocolate, please. This is what I usually tell jobseekers when they tell me a job is on the horizon and that I’ve been a great help to them.

Maybe they learned some tips in one of my workshops. I might have offered them encouragement and listen to them when others wouldn’t. Or I critiqued their résumé or LinkedIn profile and told them how to revise them for total impact. For some I made a telephone call to one of my contacts and landed them an interview.

Jobseekers who are in the midst of finding work tend to be very gracious and, perhaps, give me more credit than I deserve. But if they want to show their gratitude, I jokingly tell them I’ll take a slice of cheesecake if they get a job. So far a handful of people owe me that slice, but I’m not going to hound them for it. I’m not even writing  to give them a subtle reminder.

Years ago I read a great article from a guy named John Touey of the Salva Stetson Group, which is still relevant. Don’t Be “That Guy.” is a wonderful reminder that a good networker is someone who stays in contact with you after you’ve helped them in their job search.

John talks about a certain fella who benefited from his assistance three times in his job search. After every job he got this guy didn’t send so much as a thank you card, or simply call to say, “Thanks.” Personally, I would be pissed if someone were that insensitive after all the help I’d given him. John, you’re too kind.

I’m not serious about getting my cheesecake. This article just got me thinking that it is true; as a networker you have to express your appreciation for the help you’ve received. People don’t like to be called only when you need their help. It ain’t good networking etiquette.

John writes, “That guy only reaches out when he’s lost his job. He’s eager to meet; he’s looking for referrals; he wants your knowledge of the market. He also seems to forget you exist the moment he finds his next job.”

I’ve known a select few who harbor the selfishness of which John speaks. They’re the guys, or gals, who are quick to criticize when I’m doing my best to lead a stimulation workshop, give them tips on their job search, or do a thorough résumé critique. You just can’t please them.

I hear you, John. You and I are alike in that all we want is a sign of appreciation. I only joke when I tell my jobseekers I can’t accept money but will take a slice of cheesecake.

Who the hell am I kidding? I want my cheesecake. Preferably from the Cheesecake Factory and definitely Marble or Godiva Chocolate.

If you’ve received help from someone during your job search, at least send them a thank you card. I’ve received them and felt a warmth that makes all my efforts, large or small, all worth it. The message John is sending should be heeded by all jobseekers. Thanks all around. 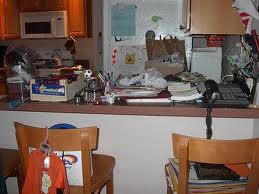 I hate clutter. If I could get rid of half the stuff in my house, it would take two dumpsters and five days of work. As I clean my house—the kids and my wife at the Fine Arts Museum in Boston—I’m throwing away every useless item I see on the floor.

All this clutter makes me think of the clutter some jobseekers have on their résumé. And I imagine the employers feel the way I’m feeling right now.

I met with a customer the other day to critique his résumé. It was four pages long; but that’s not what made critiquing it difficult—it was wading through the clutter on it. Here are some examples of duty statements, plus one accomplishment.

The first four duty statements were clutter; they added nothing to his résumé. The last statement, a quantified accomplishment, said something worth reading. It talked about his ability to lead, which effectively covered the first two bullet points.

I asked him about the newsletter to which he contributed articles. He told me it was initially sent via e-mail to 60 partners and customers, and in six months time the readership had grown to 12,000. As well, he wrote two, sometimes three articles a month for it; in which he talked about product releases, offered tips on data storage, and announced tradeshows. He often received favorable reviews from customers, OEMs and VARs.

I suggested that he keep the first duty and elaborated on his group’s productivity, stability, and endearing affection for him. He admitted that 10 of the 25 sales people and half of the office staff had to be let go because of downsizing. However, productivity wasn’t affected; rather the reduced team maintained and even surpassed projections set by upper management by 25%.

He was fine with getting rid of the meetings’ duty statement but was reluctant to let go of hiring and firing employees. I asked him how many employees he had to fire, aside from the ones that were let go because of downsizing. He told me, a lot. “Well, doesn’t that mean you made poor hiring decisions,” I asked him? He didn’t respond.

What we had remaining of the original four duty statements and one accomplishment statement was:

He was still a little bummed because he wanted to demonstrate that he had hired and terminated employees. Isn’t that what managers do, he asked me? Yeah, I wanted to say, but they don’t fire people because they made bad hiring decisions. So unlike the clutter that occupies my house, the clutter on my customer’s résumé was drastically reduced.