Searching for a job was scary and one of the most difficult times in your life. But you made it. You landed the job you wanted. Your job search took longer than you would have liked, but you persevered for six months. 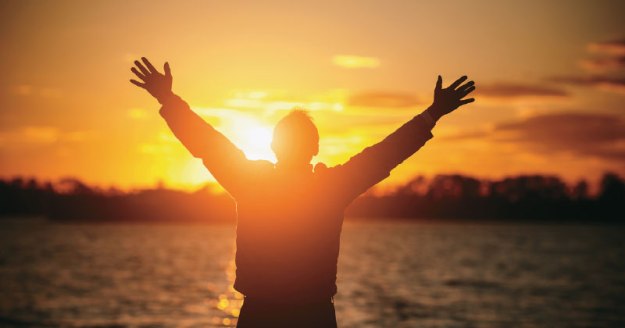 When you think about what led you through your journey and to this new opportunity, you can pinpoint 6 distinct reasons:

1. You demonstrated emotional intelligence (EQ).There were times when you felt like throwing in the towel. You felt like staying in bed dreading the days ahead. Your feelings of despondency were unseen by others, save for loved ones and your closest friends.

When you were networking in your community, attending networking groups three times a week, and taking workshops at the local career center, you showed a confident demeanor. You were positive and demonstrated a willingness to help others. Despite negative thoughts, you did your best to help yourself and others.

2. You developed a target company list. Taking the advice of your career advisor, you made a list of companies for which you wanted to work. She told you to spend time researching your target companies and contacting people for networking meetings before jobs were advertised.

You left each networking meeting with different people to contact. You had the sense that one person, a VP of Marketing and Sales, had an interest in you. He led you to the door saying, “We might be in touch with you real soon.” But you didn’t rely on this one occurrence.

You continued to build your target company list and ask for networking meetings. You were spending less time applying for jobs online and more time meeting with quality connections. You were optimistic. You felt productive.

3. You upped your LinkedIn campaign. You knew how important it is to be on LinkedIn in order to reach out to many people across the state, the country, the world. You were told how important LinkedIn can be to your job search, but you were skeptical.

There was a great deal of work to do, including creating a profile that was based on your résumé, but you developed it into more of a networking document. You personalized it, employing first-person point of view.

You learned the value of connecting with people on LinkedIn, how you can narrow your search to consist of quality connections who are in your industry. Despite all this, you are behind the eight ball because you started your campaign later than others. Your realized you needed to play catch up.

Your company list was not developed in vain, as you used it to connect with people within those companies. One advisor told you to build your foundation in companies for which you wanted to work.

4. You networked the proper way. At networking events you were attentive to others, while also willing to ask for help. Many people think only of their situation, not of helping others. Not you. You kept your eyes open for opportunities for your networking companions.

When people ask you for leads at companies of interest, you gave them the names of hiring managers in various departments. You became known as the “Connector.” Weeks later, you were happy to learn of one of your networking companions landing a position at a company, based on one of your leads.

You also networked in your community. Told everyone you knew that you were looking for a job and asked them to keep their ears to the pavement. Who would have known that your neighbor across the street would be the reason you landed your job?

He worked at one of your target companies and knew the VP of marketing and would deliver your résumé to him. Put in a good word. You were asked to come in to have a few discussions.

Read 10 ways to make a better impression while networking

5. You wrote killer résumés. Yes, plural. Because you tailored as many of your résumés as possible to each job, knowing that every employer has different needs. A one-fits-all résumé doesn’t work. In addition, you eliminated fluff from your Performance Profile. It’s better to show, rather than tell.

Using your network was key in getting your résumé into the hands of the hiring managers, such as the time your neighbor delivered your value-packed résumé to that hiring manager.

Read 8 reasons why hiring authorities will read your résumé.

6. You nailed the interviews at one of your target companies. There were five interviews for the job your neighbor led you to; two telephone, two group, and a one-on-one. You were prepared for each interview, having researched the company, the position, their competition, even the interviewers.

You used LinkedIn to discover who the interviewers were. One was a youth soccer coach, like you. Another had gone to your alma mater. And another was a veteran, so you were sure to thank her for her service. That went over very well.

After each interview you sent unique follow-up notes to every interviewer, ensuring that you mentioned a specific point of interest made by each one. You even sent a thank-you note to the receptionist. Smart move.

After 6 months, you received an email from the VP of marketing telling you they were offering you the position of marketing manager and were also exceeding your salary requirement.

7. Your work was not complete. You didn’t forget the people who helped you along the way, such as the person who helped you revise your résumé, the people with whom you formally networked, and certainly your neighbor who led you to your new job. They deserved thanks.

In the true spirit of networking, there were people who you could help in a more meaningful way, such as Sydney from your networking group who was looking for an engineering position.

There was a mechanical engineer position opening in your new company. You mentioned the position to Sydney and gave her a good word. Wouldn’t you know; you changed Sydney’s life for the better.

Read 6 topics to include in your thank-you notes.

I’ve heard many stories from my clients who have similar plots to this one. Their job search wasn’t easy. Their landing was well deserved. But they had to display EQ, do their research, help others, and be willing to help themselves. If you are dedicated to do the same, your job search will be shorter.