Networking can be a waste of time? Coming from someone who co-facilitates a networking group and runs a job club at a career center, this statement seems like a contradiction. I believe in the power of networking, but how it’s done makes all the difference. 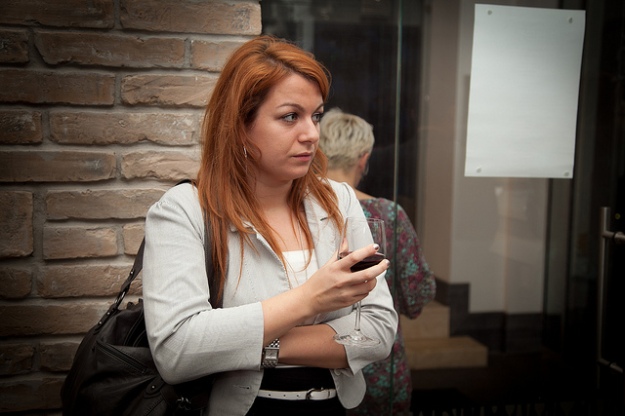 At times networking for job seekers is painfully unsuccessful. Maybe you’ve experienced a time like this: You enter a large room in a church or library or anywhere that will host the networking group. You don’t know a soul if it’s your first go-around.

You are shy in social situations. Introducing yourself and launching into small talk scares the hell out of you. Everyone else is engaged in conversation, save for a few people standing in the corners of this room which seems to be growing in size.

You’re remembering everything you’ve been told in job-search workshops. Have your elevator speech prepared is what you’ve been told. Deliver it naturally. Ask for and give your personal business card to anyone who will take and give theirs.

The scenario described above is one that is common to many job seekers. It’s reason enough for job seekers to swear to never network again. Here are reasons why networking can be a waste of time.

At one point you were told that fellow networkers are going to help you land your next job, which can be true. But if you expect them to have a pocketful of valuable connections with whom you can speak or opportunities at the ready; you’re in for disappointment.

Networking is a process that is invaluable, but it takes more time than one visit.

2. You’re not mentally prepared for a formal networking setting

Remember the scenario I painted above? For many people, a large room full of people is not an ideal setting for networking. Generally speaking extraverts are more comfortable in larger groups than introverts, but this isn’t always the case.

Extraverts may be as uncomfortable as introverts. The message here is be prepared.

3. You left your personal business cards at home

4. You’re only there for the show

Do you go to a networking event to see the guest speaker and then leave? If this is the case, you have no intention to communicate with others. This is acceptable for one event, but if this is your MO, you’re taking up a seat. Read below to learn about what works.

What works is communicating with people who have the same goal in mind, landing a job. Isn’t that what one does when they network, you wonder? Not necessarily. Some people don’t get the concept. Communicating should consist of an exchange of words from which both parties can benefit. 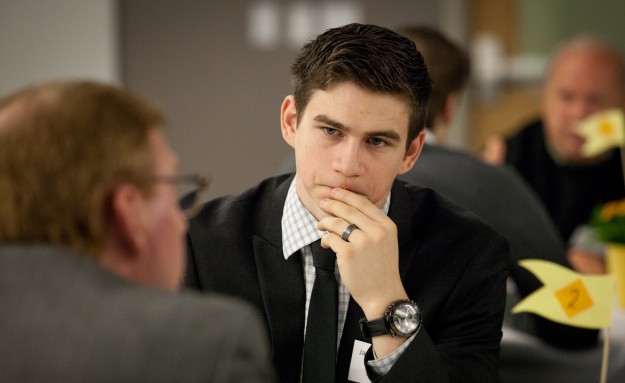 1. Go to networking events with the goal of conversation in mind

I feel most comfortable at a business networking event if there are no expectations of immediate gratification. For example, I could have multiple conversations with a person until we know each other well enough to help each other.

I don’t feel comfortable talking with someone who thinks talking at people is communicating. Do you see the difference? If you find yourself in a one-way conversation, disengage with said person.

2. Go with the mindset that you’re going to help each other

You’ve heard, “Help others before asking for help.” I personally think this attitude is a good one to adopt. Don’t go to a networking event only expecting help. However, have conversations with people who can be of mutual assistance.

In other words, if you get the sense that the people with whom you’re talking only want help and have no interest in giving it, dump them like a bad habit.

Until now I’ve been painting a picture of large networking events. This type of setting may not be for you. Smaller networking groups may be the secret sauce. In smaller groups, you have a better chance of talking with more people and understanding their needs and how you can be of mutual assistance to each other.

Read my article on the pros and cons of buddy groups.

4. You’ve got nothing to prove

Superficial networkers are the people you meet when you’re out and about. They are the people in your community—your neighbors, friends, relatives, convenience store owner, hairstylist, dentist, soccer mom at a game, etc. These are people who may have heard of an opportunity.

However, they can’t be of assistance unless you let them know you’re out of work. One suggestion is to always carry your personal business cards wherever you go.

6. Create your own networking events

I often suggest books for my clients to read. One of them is Keith Ferrazzi’s Never Eat Alone. One of the ideas behind this book is to create your own networking opportunities. Invite anyone you want to a hiking outing or dinner party (for instance) and…network.

They can be job seekers or business contacts. It’s a great idea.

Networking can work as long as you avoid the four don’ts of networking and, instead, focus on the six dos. The suggestion I emphasize the most is not to give up on networking after one or two attempts. If you’re unsure of what to do, shadow another job seeker to learn best practices.