Most of the people I know have been unemployed at one point in their life. There’s a sense of despair that comes with losing one’s source of income. Perhaps more devastating is the emotional turmoil that comes with unemployment, which can include a combination of feelings, such as sadness, anger, self-doubt, fear, isolation, hopelessness, even depression. 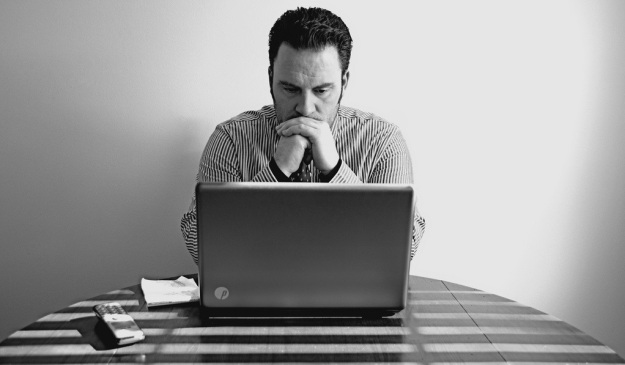 A special category of unemployment identifies people who’ve been out of work for 27 weeks or more. They’re referred to as long-term unemployed (LTU). The LTU experience the aforementioned symptoms at a more heightened level. I know this, because many of my clients are at this stage, some for a year or more.

According to the latest Labor of Bureau of Statistics (LBS) report, the unemployment rate in October, 2018, for individuals out of work 15-26 weeks was 14 percent of all people out of work. For individuals unemployed 27 weeks and more it was almost doubled at 22.5 percent.

Struggles of the long-term unemployed

Ofer Sharone is a professor at the University of Massachusetts, Amherst. His research focuses on career transitions, work and unemployment. He is also the founder of the Institute of Career Transition (ICT) at the Sloan School of Management, MIT, which focuses on helping individuals traverse the road of long-term unemployment.

Sharone conducted interviews of the LTU. Following are the concerns of the people Sharone interviewed.

One person Sharone interviewed, Arnold, described the job search as a black hole, where he would send his applications to employers and never hear from them. This is not uncommon with the LTU who want to hear something from employers, even if it’s a rejection.

Sharone explains, “This void leaves it up to job seekers to interpret the reasons for their labor market difficulties, which frequently results in highly individualized accounts.”

Deborah talked about the loss of identity: “. . . This is a fairly major yardstick that we all put against ourselves, our employment. We define ourselves partly by what we do. Right now I’ve had the rug pulled out from under me in terms of how I identify myself…”

One person who contributed, Doug, expressed: “I get my strength and rejuvenation from helping others. During this period [of unemployment], I was the one that needed help and support.  It was new to me and hard to accept. I would be lying if I said I never got down or discouraged. You don’t necessarily want a ‘pity party,’ but sometimes you just want to be left alone to let your thoughts and emotions marinate.”

Another person, David, wrote: “If I can capture my feelings in simple words they would be despair, desperation, and disbelief. Despair at having to draw down savings and even my 401K to survive. Desperation at watching my retirement vanish. And disbelief that a skilled person with years of experience and strong accomplishments was passed over time and again.”

Many believe there is a correlation between age and long-term unemployment. David wrote: “I suspect ageism played a role, as did the bias many hiring managers have for people who are out of work. Despite the deep crash starting in 2007, too many employers still believe that if you have no job, especially if you’ve not had one for a while, there must be something wrong with you.” I believe David is correct on all counts.

Next read about solutions on how to overcome long-term unemployment.