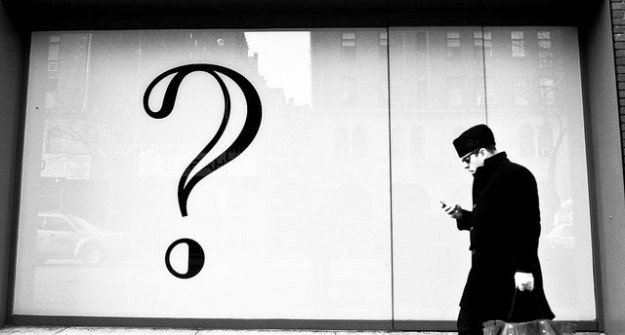 I posted a status update asking LinkedIn members how often they update. Asking a question, after all, is one of the many updates you should post. The response wasn’t as great as I would have like, much like when I ask my 14 year-old son how his day went.

Some of my workshop attendees tell me that posting even once a week is too difficult. They also say that they don’t know what to post. (I refer them to Hannah Morgan’s great infographic of what you can update. Yes, one of them was posting a question.)

I’ve read from some LinkedIn pundits that once a day is the limit. How did they come up with that arbitrary number? Why not two updates a day, one in the morning, one in the afternoon for a total of 14 updates a week? Wouldn’t that make more sense?

I posted an article awhile back called 11 reasons why I share LinkedIn updates so often in response to an article called 6 Bad LinkedIn Habits That Must Be Broken, in which the author writes with conviction that one must update only once a day. He states:

“People don’t check LinkedIn nearly as often as Facebook or most other Social Networks for that matter. So I recommend that statuses are updated no more than once or twice a day. This is more for your benefit than for your network. Oversimplify here and focus on sharing much less frequently, while trying to find highly interesting content that will benefit your connections.”

In my counter article I explain that I update for nine reasons, two of which are to make LinkedIn a better place. I know that sounds conceited but I figure I manage to accomplish this 20% of the time. And the other times because I really enjoy it.

In my opinion, you should update as much as you like as long as you’re adding value for you connections. What defines value? Quite literally it means, according to Webster’s II dictionary, “A standard or principle regarded as desirable or worthwhile.”

Educational articles you share add value and can earn you the illustrious title of “curator.” In a long post on LinkedIn, I list 14 of my connections who do a great job of educating their networks, as well as write great articles themselves. Great industry advice adds value. And asking illuminating questions or even making intelligent statements also add value.

Another reason why you should update as much as you like is if you’re not annoying your connections. One barometer I use to determine if I’m annoying my connections is when they see me in public. If they say, “I see you a lot on LinkedIn. Good stuff,” that’s a good sign. But if they say nothing after telling me they see me a lot on LinkedIn, I figure that’s a bad sign.

Recently I hid one of my connections because her face appeared at least ten times in a row on my timeline; she was really annoying me. Worse of all was that the information she was sharing was inconsistent with her industry; it was all over the map. I imagined her clicking on every post or inspirational quote/photo that popped up. In this case, more is definitely not better.

Finally, if you are treating LinkedIn like Twitter, where there are little or no reasons why you’re updating, it’s time to take stock of why. If there’s no strategy, it would probably be best to develop some strategy behind your updating activity, or chill for awhile.

Do you remember when you LinkedIn’s status updates and Twitter’s tweets were synced to each platform? LinkedIn did away with Tweets migrating to its platform; people were tired of reading about what Twitterers were doing on the beach or eating for breakfast. We still get tweet-like updates on LinkedIn.

I can’t say for sure how often I update a day, but I haven’t been told to my face that I over due it. In fact, I receive compliments for what I share. When I’m told more than once that people are sick of seeing my face on LinkedIn, I will curve my action. By how much I can’t say. I’m just having too much fun.

*To hide someone, just hover to the far right of his/her name and a dropdown will appear with the Hide option.