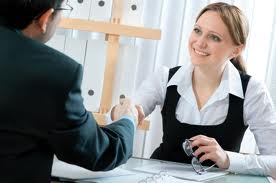 Despite what people may have told you, first impressions count. They count a lot. For example, my beautiful and charming daughter left her Facebook page open this morning. So naturally I spent a little time looking at the posts. An hour later I’m thinking Holy Cow, this stuff is heinous, bordering on obscene, and my daughter’s friends’ parents/legal guardians would be appalled if they saw it.

My point is that this filth I saw this morning will probably be on the Internet for a long time to come. And when my daughter’s friends decide to apply for their first paying job, employers best not see what they wrote, even five years ago. First impression count.

I joined OpenNetorkers.com to increase my connection numbers. I regret doing this because I get about 15 invites a day. Some of you might think it’s great to collect connections like they’re toy cars, but I like updates from people with whom I actually have something in common. That’s just me. What has made invites from this group reasonably enjoyable is the ability to Ignore 9 out of 10 invites with impunity. When I see a potential connection with no photo, I hit Ignore. First impressions count. 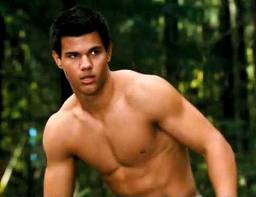 Speaking of photos. When did LinkedIn become a dating service? I’ve seen far too many photos of people who are posting shots from their GQ, In Style, and Glamour days. The rule of thumb is to dress the way you would for your next job. Do you want your photo to imply that your college co-ed days or six-pack abs are a reflection of your professional image? LinkedIn is a professional networking site, not a medium to find your next husband or wife. First impressions count.

In my workshops I see people dressed in various ways, especially during the summer. There are the work-casual types (high five to them), the brand name fanatics (Nike and sports teams are popular), and lastly the I-just-rolled-out-of-bed types. Here’s the thing: if I hear of a job opening, who do you think I’ll think of first? That’s right, the work-casual types. First impressions count.

It’s been told that an employer might make her decision not to hire you within the first 30 seconds of seeing you, based on your first impression. Do you introduce yourself with a smile? Do you shake her hand firmly but without breaking it? Are you dressed appropriately for the interview (shoes matter, too)? Do you wait to be seated? Is your small talk appropriate (you don’t talk about how oppressive the heat is and the bumper-to-bumper traffic and how finding daycare is impossible)? Make sure all of this applies. First impressions count.

Telephone etiquette is often underestimated in importance. I once called a customer to confirm a workshop for which she had signed up. She answered the phone with, “Good afternoon. This is Cherrie McDonald (don’t remember her name). How may I help you?” I was like, Wow, she won’t be out of work very long. A colleague of mine related a time when a customer answered the phone sounding like a chain-smoking truck driver and acted like she was annoyed to be called. Not until the colleague of mine said there was a possible job for her, did she brighten up…a little. First impressions count.

Just remember that people are judging you on your first impression. My daughter’s Facebook page opened my eyes to what her “friends” are writing and made me think that even a social networking site can leave a lasting impression on people. Later I spoke with her, and she responded with, “They’re only my Facebook friends; I wouldn’t write that stuff.” Guilty be association, I told her. Guilty by association. First impressions count.