And five possible reasons why you were fired, plus how to explain why.

Interviews are not something most people relish, especially if they have to address the fact that they were fired. (I prefer the term, let go.) The fact is that people are let go, good people. So the revelation will come when an interviewer asks, “Why did you leave your last job?” 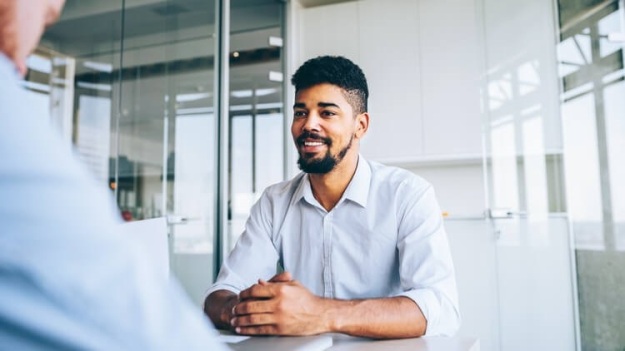 The reason interviewers ask this question is obvious; they want to know what caused you to leave your previous position. It’s only natural that they’re curious. Wouldn’t you be curious if you were trying to decide whether to hire someone?

Of the three possible scenarios for leaving your previous company, the toughest one to explain, by far, is why you were let go. But you can answer this with more success if you keep eight important rules in mind.

Rule 1: Know your story. Because this question will be asked every time, you shouldn’t be caught off guard when it is. My experience interviewing people has shown me that many people haven’t thought of how to answer it.

Rule 2: Keep it short. Whereas a typical question can be answered within 90 seconds, this question should be brief. Think 20-30 seconds at most; hopefully shorter.

Rule 4: Don’t bash your former employer. The reason for this is simple; most likely you’re talking with a potential manager who is trying to see if you’re going to be a fit.

Rule 5: Show self-awareness. Interviewers find it refreshing when candidates tell the truth, rather then lying about why they left their last position. For example, “I was looking for a better opportunity” doesn’t make sense if you have no job in hand.

Rule 6: Own it. Don’t place blame on others. Some of my clients tell stories about how the team failed to complete a project on time, but don’t explain their fault in the process.

Rule 7: Prove what you’ve learned from the situation. If the reason why you had to leave was due to your downfall, be honest about it while also demonstrating remorse without being emotional.

Rule 8: Have an ally on your side. If possible, let someone in the company speak to your excellence. My esteemed colleagues, Virginia Franco and Sarah Johnston, advise that you don’t go it alone.

Five common reasons why you were let go

There are various reasons why you may have been fired, but here are five common reasons why people must leave their previous company against their free will. Keep in mind that the following reasons will not keep you from getting hired.

You were not qualified for the job

In this case, it’s not your fault you were let go, unless you lied about your abilities. Assuming you were completely truthful, the fault lies on the employer. The interviewers didn’t do their homework or didn’t know what projects were coming down the road.

“When I was hired for the position, my employer realized six months later they needed someone who knows Pivot Tables in Excel and could use them without any training. To my manager’s credit, she apologized for not knowing this. There were no hard feelings. From now on, I’ll make sure I’m not getting into a similar situation.”

You may have been given goals that were unrealistic, goals most people couldn’t meet. In some cases upper management doesn’t understand what happens on the front lines. Here’s where you need to refrain from bashing your past employer.

On the other hand, the goals set forth may have been doable, but you “fell down on the job.” Here is an example of this scenario:

“I had to sell a product that was struggling against another top paint brand. For three years, I was doing well, but sales began to slip from seven percent growth year after year to slightly under zero percent growth. My VP told me I was no longer meeting expectations. We left on good terms, and he’ll be happy to be a reference for me.”

You made a mistake

Mistakes happen. Some environments are prone to mistakes; they’re part of occupation. However, some mistakes are more detrimental than others, and an employer may not see them as forgivable. Here’s were self-awareness (rule 5) is important to demonstrate. As well, explain what you’ve learned from your mistake. Here’s an example of an assignment completed late:

“As the senior software engineer in the team, I failed to realize how long this one would take and didn’t put enough time into it. This was a high exposure product, so the VP wanted this data storage software shipped on time. Unfortunately, it shipped two weeks late and wasn’t featured in a top trade magazine. I learned a valuable lesson from this: not to take deadlines lightly. In fact deadlines are 10 yards beyond the finish line, not the finish line.

Your boss was a tyrant

This is a very hard one to explain. You don’t want to bash your prior boss (rule 4), but you also don’t want to take full responsibility for this terrible situation. I can’t tell you how many people have confided in me about their difficult bosses; their stories so vivid that I believed them.

How do you explain this without going into vivid detail? How do you refrain from getting emotional (rule 3)? It’s a tough one I have a hard time explaining to my clients. I’ve had one terrible boss in my career, yet he wasn’t bad enough that I was let go or wanted to quit. Without going into too much detail, you could explain this reason like this:

“Prior to my most recent boss joining the company, I had a boss who I worked well with. My new boss had a different style of leadership (meaning he was a bastard), which I was unaccustomed to. Suffice to say I learned a great deal from both managers and am prepared to work with bosses of various styles.”

When answering this question, remember to keep the eight rules in mind:

The reason you were let go may be one of the five I mentioned above. Keep in mind that many people get let go from their job; you’re not unique. So don’t lose confidence in yourself.