And you’ll never know which one.

“You aren’t the right fit.”

This is the default answer recruiters and hiring managers give job candidates when the hiring manager (HM) doesn’t hire them. But it’s as vague as the answer my son gives me when I asked how school went. “Fine.” 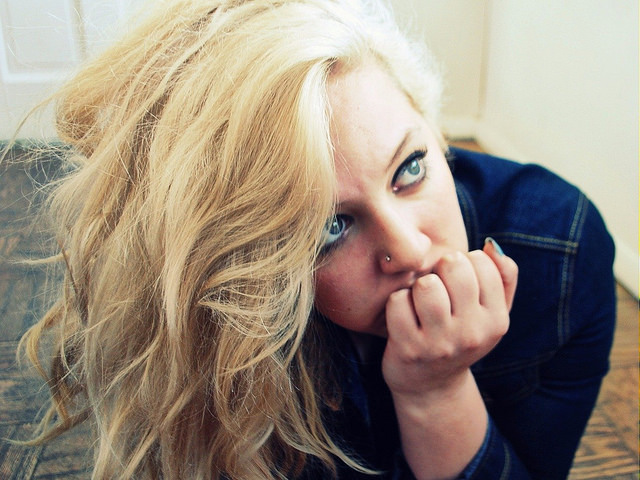 Though you may never know why exactly you weren’t hired, keep in mind that it may not be something you did wrong. You didn’t screw up the interview because you said your greatest weakness is you don’t spell well. Or you couldn’t come up with a story about when you saved a project from failing.

No, there were other reasons why you weren’t “a good fit.” Here are some possibilities:

You’re not a purple squirrel. This is a term to describe a candidate who has 15 out of 15 qualifications for the job, which is nearly impossible. Of if you have all the qualifications, there’s something else you lack.

Perhaps you don’t have the personality the HM is looking for. If this is the reason, the position will remain open forever, or at least until you find your next job.

You’re too old. Sadly, this is a fact of life. Some, not many, HMs look at age as a reason to disqualify candidates from consideration. They’re ignorant to the value of the mature worker.

The major concern is money, or output, or flexibility. You did your best to dispel theses bogus reasons, so move on to employers who value you for your extensive experience, maturity, dependability, etc.

Or you just don’t make the grade. You lack the technical skills needed to hit the ground running be it software, hardware, or industry knowledge—no fault of yours. Trudge on to the next opportunity with lesson learned.

They went with someone inside. It’s not uncommon for a company to advertise a position even when they have an internal hire in mind. But the company wants to make certain that they hire the best possible person, so they test the water and conduct a traditional search.

You’re better qualified but not as well known as their internal candidate. As well, the company is fostering good will among its employees. Unfortunately, some organizations will hold interviews, despite knowing they’ll hire from within.

You’re too good. Many job seekers have told me that the hiring manager who interviewed them was less knowledgeable; that they could do the HM’s job. This was apparent the minute the conversation began.

Understandably the HM felt insecure, harboring “you’ll-take-my-job” feelings and decided to go with a safer, less qualified candidate. Perhaps one of the other candidates the recruiter sent to them for consideration.

Hiring managers are sometimes incompetent interviewers. Many HMs aren’t trained to conduct interviews to capture the most complete candidate. Their priority is usually hiring someone who has the best technical qualifications.

In finding someone who can handle the responsibilities in their sleep, HMs neglect other important aspects of the job—motivation to do the job, and being able to work with other employees.

Hiring managers make decisions based on personal biases. Nepotism is one blatant reason why people are hired for a position. One of my customers was told she was being let go so the owner could hire his cousin. He actually admitted it to her.

And there’s always a candidate’s appearance, attractive or not, that may come in play. I remember working at a company where the HM coincidentally hired beautiful, incompetent women. It was a running joke among the employees.

You’re brought in for the wrong position. Has this happened to you? You applied for a particular position but are surprised to learn that the questions being asked are not ones you prepared for.

Job responsibilities change midstream possibly because the HM is new and has other needs she needs met. This can throw anyone off their game, so don’t sweat it if you don’t do as well as you’d like in the interview.

Sometimes hiring managers don’t have a choice. As a favor to a “friend,” an HM will have to hire someone who most likely isn’t qualified. This is the most bogus reason, in my mind, especially if there are qualified candidates.

Usually this is a strong suggestion from someone higher up in the organization, and there’s not much an HM can do about it, except to argue against hiring someone who isn’t a fit for the position. This comes at great risk to the HM and is probably not worth it.

Okay, you didn’t do too well in the interview. But this doesn’t mean you were wrong for the position. There are times when job candidates are not on their A game, when they don’t answer the tough questions or show enthusiasm for the position or company. It happens.

This can explain being the wrong fit; a poor performance in the interview. It’s time to move on to the next position. (The good news, if you’re dying to work at a particular company, you can apply for other positions, interview with other HMs, and quite possibly get a job.)

What we’re left with after a candidate isn’t hired for one, or many, of these reasons mentioned above is a disheartened job seeker; a recruiter who won’t receive payment for placing you; and an HM who probably hired the wrong person for the job.

There’s only one winner out of the possible hundreds of candidates in the process. I’m not stupid enough to believe telling you the reasons why you didn’t get the job will provide you any solace, but hopefully you’ll understand that you’re not to blame.