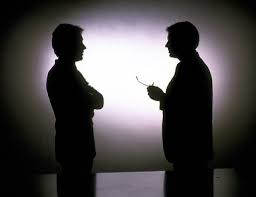 Recently I attended a networking event which left me with the feeling that I must have had the words, “Talk at me” written on my forehead. Not, “Listen to what I have to say. You may actually be interested.”

In other words, I didn’t get a word in edgewise. It got to the point where the words spewing out of peoples’ mouths were simply noise that I had to block out, lest I ran from the room screaming.

It’s not like I wanted to be the one who did all the talking–I didn’t–or that I expected people to abide by Robert’s Rules of Order–that’s a bit extreme. I just didn’t want to feel like I was a sounding board.

I’m being a bit dramatic. I had great conversations with a photographer who explained how he programs meta tags into people’s LinkedIn photos to optimize their profile—I still don’t understand that.

Another person I spoke to talked about the  networking groups she started, demonstrating her concern for job seekers.

A third person I spoke with is someone for whom I wrote a LinkedIn profile, someone I met at this group years ago.

No, it was just one person who chewed my ear off and made the whole night a lousy experience. Complaining about people who talk too much is becoming a common theme with me.

As I think about the night and how I could have participated more and not simply been a sounding board, I’ve come to realize five things I need to do better to prepare for networking events.

1. Have exit phrases. I don’t have any “exit” phrases to use when people want to hear themselves talk and could care less about what I have to contribute. This doesn’t only apply to people who attend networking events; I run across this in my daily life.

I realize I need phrases that will release me from their grip of constant verbiage that makes my eyes turn to stone. I know I can’t say, “Please, for the love of God, stop talking.” No, that wouldn’t work. The following would be better:

“Please forgive me, I was heading for the bar to get a drink for myself and a friend of mine.”

“A person I’ve been meaning to speak to has arrived. Would you excuse me?”

“It just occurred to me that I have to remind the host of an idea I have for her.”

“I’d like to hear more about your product/situation. Let me take your business card and I’ll follow up.”

Of course, none of these came to mind.

2. Get the message across. I have to get my messages across. I have to remember that feeling of anger I had and, in the future, be bent on doing most of the talking, almost to the point where I’m the one dominating the conversation….

3. Ask questions. If I don’t understand what the person is talking about, instead of nodding as though I understand what she’s saying. This slows the gushing of words pouring from her mouth and helps me contribute to the discussion.

“So are you saying you’re looking for a job in marketing, more specifically social media? That’s interesting. I teach courses on LinkedIn, Twitter, and blogging. Social media is dominating the landscape in some marketing departments. Would you like to take my business card and follow up with me?”

4. Be mentally prepared. I have to prepare myself. Some pundits believe that introverts may be slower on the uptake when it comes to small talk or self-promotion.

Marti Olsen Laney, author of The Introvert Advantage: How to Thrive in an Extroverted World, claims that introverts are physiologically slower than extraverts when expressing themselves. They need to formulate their thoughts before speaking, lest they say something unintelligible.

I notice that I’m at my best against loquacious types when my adrenaline is higher than usual. I’m more animated and expressive. This can take some preparation before going to a networking event by getting in the mood to attend, somewhat difficult for introverts.

5. Leave. That’s right. If the event isn’t meeting your expectations, or you’re being talked at with no ability to retreat; simply say adieu to the host and anyone with whom you made a connection.

There’s no sense in drawing out a bad experience. Call it a loss, but by no means consider all networking events are the same. At this particular event I had the misfortune to be assaulted by the wrong person. Many other events have turned out very well for me.

I enjoy attending networking events but what I experienced that night is what gives networking a bad name. Connecting at these events should be a natural process, one of give and take; not one where you leave with your head spinning.