I published this post less than a year ago, but the need for a photo on your LinkedIn profile can’t be emphasized enough.

One day a customer of mine came up to me appearing quite irritated and told me he had sent me an invite on LinkedIn. But I didn’t accept his invite, according to him. I asked him if he wrote a personalized message with his invite. Yes he did. I then asked him if he had a photo. No he didn’t. “Ah,” I said. “That’s why I ignored you.” This is one of my principles, as harsh as it sounds.

While many of my colleagues won’t connect with their customers/clients, I see no reason not to connect as long as my customers embrace the necessity of having a LinkedIn photo. If they don’t embrace it, they’re in for a disappointing LinkedIn campaign. One of my favorite things to say when I’m critiquing a customer’s profile that lacks a photo is, “What’s wrong with this picture?” I know, not very funny.

Perhaps I’m getting old and stodgy, but here are 10 reasons why your LinkedIn profile is important to me.

I recognize you. If you only have the default light grey ugly box in the photo area, I have no idea who you are. I’m terrible with names, so a face helps me. I feel closer to you, even if we live 3,000 miles away from each other.

Your photo tells me something about your personality. My photo tells people that I’m caring, sincere, and friendly. All of this is true. I’m assuming your photo would say what kind of person you are, creative, authoritative, welcoming, etc.

You’ve gone though the effort to have a professional photo taken of you. One of my jobseekers told me he had his photo taken for $50. This told me that, despite not having the resources, he felt that having a photo is important.

You know that having a photo will increase your chances of your profile being opened. I’m conservative when I tell my LinkedIn workshop attendees that their chances of getting their profile opened and read increases by 7 times. Some estimates are as high as 14.

You understand the importance of branding. It was commonly believed that a LinkedIn photo was either highly professional or business casual. Now people are breaking boundaries by posting photos that reflect what they do. Take a look at one of my connections (above left) who understands this concept.

On the other hand…your photo is not inappropriate. Some that come to mind are those you’d post on Facebook where you’re captured partying, or you’re with family on the beach, or you’re using LinkedIn as a dating site.

You realize LinkedIn is a networking application, not your resume which doesn’t include a photo. LinkedIn members feel more comfortable networking with people we can see.

You’ve gotten over yourself. I’ll be the last to say that age discrimination doesn’t exist but it’s less prevalent than you think and employers are more suspicious when they don’t see your photo. Besides, who would want to work for someone who judges you on your age. 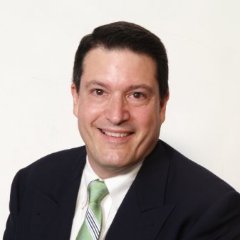 You’ve taken that step toward online networking. Scary, huh? For some of you it was enough to simply get online, but now you’re being told–by not only me–you need to disclose your identity. I salute those of you who are making that step, albeit a reluctant one.

When it comes to the LinkedIn photo, I want to know what people look like. I guess it’s as simple as that. That ugly light grey box is disconcerting to say the least; it says to me, “I’ve got something to hide.” If I’ve got nothing to hide, why should you?