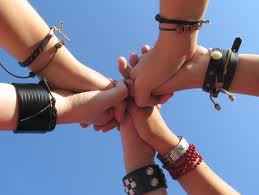 Some of my customers, not all, for the most part think recruiters—internal and third-party alike—are unfair and the reason for their failure to get a job. They think recruiters are only concerned with two things: 1) determining if my customers meet 10 out of 10 requirements and 2) want them to work for peanuts. I know this is not necessarily true, I know that recruiters have a job to do, which is to find what the employer wants. This is how recruiters get paid.

I’ve read some pretty good articles on things that tick recruiters off. There was one from the annoyed recruiter who wrote about how lazy some jobseekers are, like they don’t return her calls when all she’s trying to do is match jobseekers up with her companies. Danielle Powers essentially took jobseekers to task for poor communications. I wrote a response entitled Response to the Frustrated Recruiter Lady to her scathing article.

Most recently Mark Bregman wrote an article entitled Don’t get De-Selected, in which he talks about faux pas jobseekers want to avoid at an interview; six in fact. All common sense to me. And I warn my jobseekers about mistakes to avoid; that’s all I can do. I believe Mark Bregman when he says talking too much or asking too many questions is bad practice. Hell, I hate it when people talk too much.

Another point of contention for my jobseekers is how recruiters start the phone conversation by asking what salary they made at their last job or what is their minimum salary requirement. Between you and me, it’s better to be sure both parties are on the same page, rather than waste time interviewing only to find out they’re so far apart.

Another complaint I hear is, “Don’t mess with my résumé; I spent a lot of time and money having it written.” I know recruiters’ response to this is, “Here’s the thing, Mr. jobseeker, you may have had it written by a professional résumé writer, but my customer (the company) wants to see specific qualifications, even if they go back 20 years.” Hey, I get this; recruiters know what employers want to see on a résumé.

But this isn’t an entry on defending jobseekers or bashing recruiters, because I realize recruiters are under a lot of pressure, pressure to place polygons into polygonal holes, not square ones. I know you gals and guys make a lot of phone calls and listen to some BS now and then, like, “My experience at XYZ Company makes me ideal for the Marketing Directors position.” Even if Ms. Jobseeker’s experience is that of a Marketing Specialist but the President of the 25-employee company allowed her to use on her résumé any title she desired.

What’s the solution? How can we get jobseekers and recruiters to play nice? I suppose the answer is getting both sides to be realistic about the system and the roles each play. I, for one, will try to get the message across to my customers and recruiters. Until then business will go on as usual.