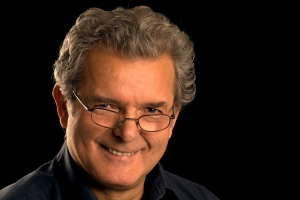 I was searching around LinkedIn for some questions to answer. It’s been awhile and I miss my old routine of answering tons of questions. I came across a great question from Matthew Levy on ageism, but instead of answering his question, I decided to write this blog article in response to a very important topic—ageism and how to break down the barrier of age discrimination.

Let me start by saying that Matthew’s article was very insightful, albeit lengthy even for a verbose writer as myself. He suggests three methods for the 40+ crowd to use in combating possible age discrimination. The first method he talks about is modifying your appearance to make you appear younger. Second, he urges you to dive into social media; and third, he advises a strategic approach to writing a résumé.

Modifying one’s appearance. Matthew writes that one day he advised a gentleman to shave his beard, which according to Matthew, took five years off the man’s appearance.

I also witnessed a man who had shaven his beard and took years off his appearance. For some men it’s hard letting go of a beard he’s had for a good part of his life; but once the job is secured, the beard can return.

I lead workshops at an urban career center, where I see many mature workers. These folks attend my LinkedIn workshop and are excited at the prospect of getting online, or if already there, enhancing their online footprint.

“If you stay in the dark by resisting change and new technologies, the Millennials (who are interviewing you, recruiting you and referring you) might typecast you as ‘behind the times’ and ‘set in your ways,’” Matthew writes.

How true and scary.

Don’t show too much work history on your résumé. Matthew advises that jobseekers keep their work history within 20 years due to relativity, which is sound advice. But I say keep it within 15 years, as 20 years already dates you at least 43 years-old. The bottom line is why kill your chances of getting to the interview? Once at the interview you can sell yourself, thus negating your age.

Other smart suggestions Matthew offers are to remove graduation dates from your education, applying more up-to-date fonts, eliminating an objective statement and “references available upon request,” and not limiting your résumé to one page. This may seem like simple advice, but appearance in every aspect counts when making a first impression.

Matthew gives older jobseekers some great commonsense advice, but I think encouraging them to join the social media party is the best advice of the three topics.

Incidentally, Matthew asks for other ideas to help older jobseekers in their job search. My piece of advice would be to enter an interview with a positive attitude. Think as though your 20 years younger than you are because what does age matter anyways?

3 thoughts on “Talking about Ageism: Three Pieces of Advice from Matthew Levy”