And comments from résumé authorities at the end of this article.

Recently one of my clients presented to me a seven-page résumé to critique. My first reaction was to see if there were duplicate documents. Nope, it was one résumé. Before I had a chance to speak, he said, “I know, it’s too long.” Too long was an understatement. 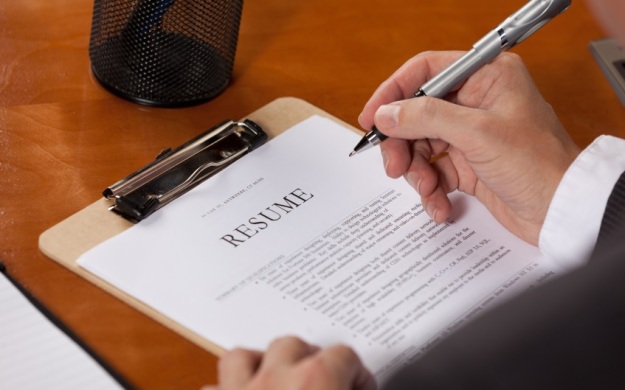 I’m not a proponent of limiting the number of résumé pages to one, or even two. But seven-pages is definitely overdoing it. There was what I refer to a lot of clutter on this résumé. To begin with, I noticed multiple duplicate duty statements; some of them were repeated verbatim. This résumé needed to be de-cluttered.

Now, I’m asking you what has to go when you declutter your résumé. Here are 10 items you should remove from your document before submitting it for a position.

There are two reasons why you shouldn’t include your home address on your résumé. The first is pretty obvious. We no longer communicate via snail mail. Hiring authorities will contact you with email, LinkedIn messaging, and even text.

The second reason is that you can exclude yourself from consideration if you live beyond what hiring authorities consider commuting distance. Years ago a recruiter was kind enough to review my client’s résumé for an opening. He looked at it for two seconds and said, “No good. She lives 50 miles from our company.” Case in point.

My gag reflex kicks into gear when I read a Summary that begins with: “Dedicated, results-oriented, Sales Professional who works well as part of a team and independently….” There are so many violations with an opening like this.

Graphics are cool. They add panache to your résumé, are visually appealing, and say a thousand words. However, the applicant tracking system (ATS) doesn’t digest them well*. For example, one of my clients used a graphic for his name. Stunning. But when we tried to look him up with Bullhorn, he didn’t appear in the database.

Graphic artists, web designers, photographers, and other artistic types rely on graphics to demonstrate their work. Business developers, marketers, salespersons, etc. feel numeric graphs make a strong point when expressing their accomplishments. The ATS will kick these out.

If you feel your résumé could benefit from graphics, the solution is to get your résumé in the hands of the hiring manager, which is a good policy anyway. Or if your résumé will be opened as an attachment, format your résumé to your heart’s content.

These words should be erased from your vocabulary. There is nothing redeeming about an Objective Statement. Most of them read: “Seeking an opportunity which provides growth, stability, and a rewarding opportunity.” Where in this Objective Statement is there mention of what the client brings to the employer?

Nowhere. That’s where. A Summary, on the other hand, does a better job of showing what value you’ll bring to the table. That’s, of course, when fluff is excluded from it and an accomplishment or two are included. If you’re wondering how your résumé tells the employer the job you’re seeking, simply write it above the Summary.

Everyone performs duties, but who does them better; that’s what employers are trying to determine. Take the following duties my aforementioned client showed me followed by my reactions in parentheses. Then read my suggested revisions below them.

Notice how one of the duties of this sample were excluded from his résumé. It was irrelevant. He was reluctant to let go of other duties, but I told him fewer duties and more accomplishments are the way to go.

Have you been told by recruiters that they want your résumé to consist of only bulleted statements? And have you read a two-page job ad that consists of only bullets? Do you get my point? Reading a résumé like this is mind-numbing. It is hard to differentiate the duties from the accomplishments.

A well-formatted résumé will have a three-to-four line Summary in paragraph format which shows value and promise of what you will deliver to the employer. Each position you’ve performed should have a Job Summary which is exactly that; it summarizes your overall responsibility for that job.

The opposite of death by bullets is death by paragraphs. Some job seekers don’t understand that paragraphs—especially ones 10-lines long—are excruciating to read. So excruciating that hiring authorities will take one look at a paragraph laden résumé and file it in the circular filing cabinet.

My general rule is that a Summary in paragraph format should not exceed three-four lines. Similarly, a Job Scope or summary of a position should be brief. (If you’ve noticed, this article’s paragraphs don’t exceed four lines.)

8. Any positions beyond 15 years

Experts will agree that listing history beyond 10-15 years is a deal-breaker. There are two primary reasons for this. First, what you did before 15 years is probably irrelevant to what employers are looking for today. Software, hardware, procedures, licenses probably are considered ancient. Think DOS.

Another reason is ageism. Unfortunately there are stupid companies that discriminate against age. Hiring authorities can roughly estimate your age based on the years you have been in the workforce. Why rule yourself out of consideration immediately. Once you get to an interview, you can sell yourself based on the value older workers bring to employers.

This is another way to date yourself and face possible discrimination. Hiring authorities don’t expect to see it on your résumé. The only exception would be if you graduated from university within the past four years.

I’ve seen a handful of résumés that included references. The reason why job seekers list their references is to include them in one document. By listing your references on your résumé, you 1) give employers authority to call them before an interview even begins, which might hurt you if your references say something negative; and 2) it lengthens your résumé.

In addition, References Available Upon Request is unnecessary.

By the end of our one-hour session, I was able to point out various items my client could remove from his résumé. I was also able to point out where he could write his duties as accomplishments, with quantified results.

Fluff and objective statements are by far my two biggest résumé pet peeves. People just love to stack adjectives together when writing their summary, and objectives are focused on the job seeker and not the employer.

My advice is to scale back the adjective use and replace an objective statement or a generic career summary with a position title and snapshot that uses keywords, metrics, and hard skills. Don’t wait to sell them on what you’ve accomplished. Start mentioning it from the get-go.

Here’s what Rich Marsh, author and professional editor, has this to say about objective statements:

I often have to teach people that unless you’re straight from school with no work experience, you do not want an Objective Statement. The problem is that most folks I help haven’t looked for work in 15 years, and they used to use it back then.

I’ve had recruiters tell me that “An Objective Statement is the kiss of death.” That and putting “Cell:” or “c:” next to a phone number in your contact info. Both are signs that the candidate is “old.”

While I do often add some small visual elements where/when appropriate, content is still king.  I see some beautiful, highly designed résumés that look amazing, but fail to tell a powerful story or quantify achievements.  It’s a fine balance to find – and another reason why working with an expert provides so much value. We do so much more than write documents. There is strategy and positioning behind each element of the résumé.

*My colleague and owner of Write Step Resumes, Ashley Watkins, says this about graphics:

As far as graphics, they’re actually fine for the ATS. The system will simply delete it. As long as the information you include on the graphic is listed elsewhere in the document, you should be okay.

I see a lot of resumes that use headers and footers, specifically including name and contact info in the header. While this approach may seem like a great way to organize information, many ATS used by HR departments cannot extract info from headers and footers, which, in turn, causes issues in filing your resume into an HR database.