As a career strategist, I often come to the defense of older workers who experience ageism, but I don’t talk enough about reverse ageism. In other words, how older job seekers treat younger interviewers during the process. 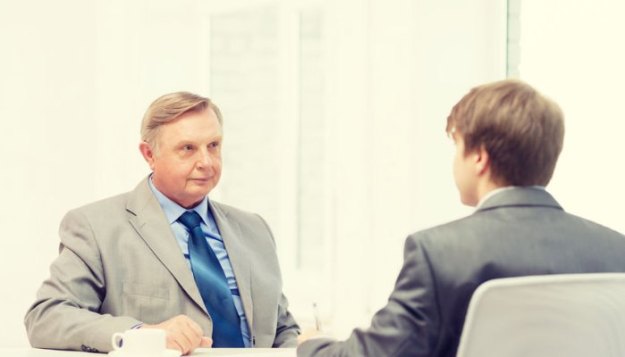 I hear accounts from some older job seekers about how they had a hard time taking the younger interviewers seriously. Their arrogance speaks loudly as they talk about their interviewing experienc.

When I talk about reverse ageism, this is the message I deliver to my clients: think about if you were younger and on the opposite side of the table interviewing people like you for a position, where personality fit is as important as technical abilities.

Think about how you would react if an older job candidate looked at you with disdain, seeing you as inexperienced and beneath his level? You would feel, as the younger interviewer, that hiring you would not be a marriage made in heaven. You would feel that you’d have to prove herself to the, albeit highly qualified, candidate on a regular basis.

Your every decision would be questioned. Any effort you would make to correct his actions or even reprimand him would be met with resistance. You would feel powerless. You would finally reason that hiring him would be the wrong decision.

The large majority of older workers have a great deal of value to offer employers. They’re knowledgeable in their work and possess life experience that younger workers do not. They want to work and are flexible with their schedule. They’re dependable, able to mentor others, and are great role models.

But this goes out the window when older job seekers think they’re all that or who have a chip on their shoulder. They are convinced they’ll experience ageism at every interview. In other words, they have lost the job before the interview begins.

Without intending to, or without knowing it, mature workers can come across as arrogant, condescending; that behavior can invite rejection. Examine your beliefs and assumptions and work hard to be open and communicative with your interviewer, without prejudice of any kind.

Susan Jepson is an older worker, so she speaks objectively.

If you happen to be one who practices reverse ageism against younger interviewers, remember that the person sitting across from you deserves as much respect as you do.

1. She earned her job. Whether she has less experience on the job than you is irrelevant. Someone in the company determined that she was the most capable to manage a group of people. And yes, they could have been wrong.

2. Her job is to hire the best person. You are the best person, but if you show contempt or even hint to your superiority, she won’t see your talent through the less-than-desirable attitude you demonstrate.

3. She will appreciate your points of view. Once assured you’re not after her job, she may see you as a mentor and role model. Younger colleagues like the approval of older workers. Take it from someone who supervised someone 20 years my senior; her approval meant a lot to me.

5. She might fear that you’re after her job. So put her fears to rest by NOT talking about how you would eventually want to assume a position like hers, or her position specifically. Rather, assure her that your career goal begins with doing the best possible work at the position in question. Ultimately you want to help the company succeed.

6. Whether you like it or not, she will be your boss. What are your options right now? Enough said.

You may arrive at interviews where ageism is blatant due to no fault of yours. This is the time when you are the bigger man and leave with your pride intact, your head held high.

An organization that wants to succeed will hire a diverse workforce, which includes people of different races, religions, genders, ages, etc. Do your part to make the company succeed by accepting that younger employees have a great deal to offer. As much as you want a chance to get hired, give younger interviewers the chance to do their jobs.

If you enjoy this post, read why younger interviewers shouldn’t discriminate against older workers.