Recently I went to an acquaintance’s birthday party. When my wife and I agreed to go, I was psyched to have an evening out without kids. It would also be nice to catch up with people I hadn’t seen for a long time. This was two weeks before the night of the party. 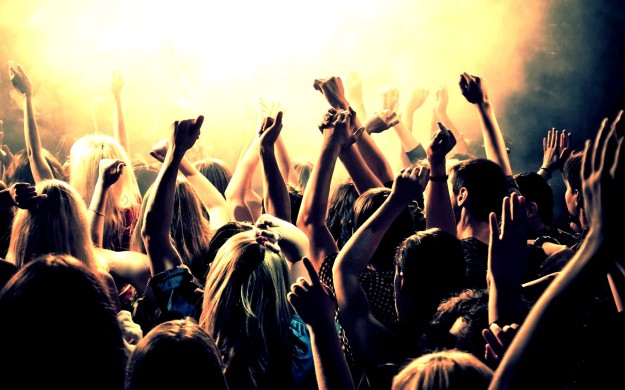 But as the night approached, I became anxious, thinking about how uncomfortable it would be to be surrounded by 30 or so people, most of whom I didn’t know. This feeling persisted throughout the day and I seriously considered telling my wife I wasn’t going to attend.

But the day of the party, my wife told me she didn’t want to stay too long because she wasn’t feeling too well. Ah excellent; an exit plan. This is one fact about introverts at parties.

1. Entering a room full of strangers and having to introduce themselves to these people makes introverts uncomfortable. They would rather enter a room with people they know well.

It was no different for me when my wife and I found ourselves in a room full of strangers. So immediately I looked for people I knew. None were present for the first, long ten minutes. here did the host say the beer was we wondered out loud.

At this point If I had the option to leave, I would have. But my wife, who is an extravert, is not the leaving kind; so I scanned the room looking for a familiar face, any familiar face. Alas a good friend entered the room. We made eye contact and she headed our way.

2. Finding allies will make acclimating to the party more bearable for introverts. Once they’re comfortable, they see promise in the party.

Soon after our friend arrived and I was more relaxed, I noticed another person I recognized and someone with whom I had somethings in common. I excused myself and made my way over to this person.

I had found an ally to associate with; not a large group to join and exchange stories or one-up each other with witty remarks. We settled comfortably on a couch to talk about my trip to Wisconsin and his work.

3. Deeper conversations, is the introvert’s preference while their counterpart prefers broader, more varied discussions. It’s how we roll.

The conversation with my ally turned into something philosophical about the economical ramifications soccer has on the world. We talked on and on for what seemed like hours.

My wife freed herself to check on me (her introvert) to see if I was having a good time. The look of reflection and concentration on my face—and the fact that my ally and I weren’t talking at the moment—must have worried her, but I assured her things were great. (Introverts are comfortable with moments of silence.)

4. Leaving when it’s time is important to introverts. They don’t like to close the bar…unless they’re having a great time. Generally introverts prefer leaving earlier than others. It’s a matter of energy level.

So when my wife asked me if I was ready to leave, I feigned disappointment before telling her I was ready. At the moment I was engaged in a superficial conversation. Time had escaped me—it was now 11:30 pm—and I was happy that I didn’t get the 10:00 pm itch.

In the car my wife remarked that she and I hadn’t seen each other all night, which to me was fine. She could fill me in on all the gossip. We both agreed that the party was a success. She was able to catch up with her many friends, and I enjoyed the solitary, in-depth conversations I engaged in.

Not all parties go as smashingly as this one had. Perhaps the stars were aligned, but I was simply happy that I left the party more energized than when I had arrived. Plus, I had a few great conversations. And that’s all I really needed.

1 thought on “4 facts about introverts at parties”