Do you ever get the sense that you’re talking with someone and that person isn’t really listening? You’re probably correct about that. 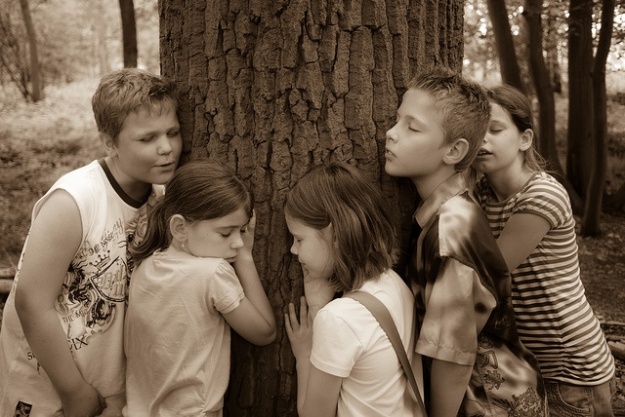 According to Daniel Pink, To Sell Is Human: The Surprising Truth About Moving Others, most people aren’t really listening to you completely; they’re waiting for their turn to talk. He writes:

“Little wonder, then, that so few of us, in fact, do listen well. For many of us, the opposite of talking isn’t listening. It’s waiting. When others speak, we typically divide our attention between what they’re saying now and what we’re going to say next—and end up doing a mediocre job at both.”

Doesn’t that make you feel loved?

What Pink describes is your average listener. Even good listeners will momentarily lose their focus and have to regain it to follow the conversation.

This comes down, in part, to how interested and/or focused you are in what your fellow converser is saying.

You could be extremely interested, as when your boss is giving you a performance review; or slightly focused, as when someone is telling you how her toddler is assimilating to his daycare.

Regardless, everyone deserves to be listened to.

People who are poor listeners generally don’t care what people have to say, and this can have a negative effect on those who are talking.

These are people who are hopeless. We know people like this who’d rather hear themselves talk than perhaps learn something new from others.

An article that appeared on Business Insider, 3 Ways Being A Bad Listener Hurts Your Career, says that bad listening can be bad for business, giving three reasons:

I’ll be the first to admit that I zone out on occasion, and people in my family will attest to my inability to maintain 100% listening capability.

In fact, I am not the great listener people, with whom I interact, believe I am. At times, my listening span is about that of a fruit fly’s life expectancy.

Growing concerned about my inability to listen well prompted me to Google “Average Attention Span.”

I think this duration is more like a burp that erupts from nowhere and then it’s back to normal.

A more accurate estimate of one’s ability to concentrate and maintain the proper duration of listening is enforced by the length of TED lectures which last no more than 18 minutes.

That’s because people’s sustained attention span is approximately that long. After that, heads begin to nod and bodies begin to shift; maybe they become claustrophobic.

Even when I listened to Susan Cain talk about her stay at summer camp, where she looked forward to reading books, I felt myself drifting from the computer screen to tidy up my desk. This was Susan Cain! my introverted hero. Even she couldn’t hold my attention for 100% of her seminar.

My workshops are scheduled to last two hours. So now I’m thinking if I can’t listen with total concentration, those poor people must be itching to leave the room.

I typically ask a lot of questions or suddenly raise my voice (shout) to keep their attention, which seems to do the trick. But now I’m thinking I need to ask even more questions and shout.

To become a better listener, I’ll now quote the methods suggested by the article and ways I’ll work on listening:

When you come to terms about how poorly you’re listening to others, communication will be enriched.

Pink has a point there; often times we impede progress by not hearing what others say.

I want to be a better listener and give those their due respect, and I’d like others to hear what I have to say, as well.

1 thought on “Are you really listening? 3 ways to improve your listening skills”