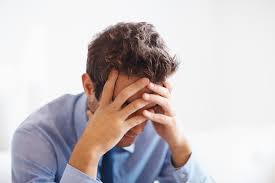 The day I messed up; it was a day you remember like when you forget your kid’s birthday. You can’t believe you made such a blunder and it stuck with you the whole day.

I had planned to meet with a fellow who is considered the premier networker in the area. He runs a business networking group called Friends of Kevin. I wanted to talk to him about expanding my LinkedIn Strategy business because I believed he could promote my business among his “Friends.”

We were supposed to meet for lunch and I was going to pay. Nothing fancy, just Mexican food from across the street. I was sitting at my desk eating a bowl of New England Clam Chowda (that’s how it’s pronounced in northeast Massachusetts). There I was enjoying my chowda, my bobbleheads on my desk looking on. I was totally oblivious to the fact that I had forgotten our lunch date.

From over my shoulder I heard something akin to, “I see you’ve already got some food.” Right then I knew I had seriously messed up. I also realized I didn’t have a viable excuse for forgetting our lunch date. There was no sense trying to hide my mistake. There was only fessin’ up.

Over time I forgot this momentous blunder until this person shared on YouTube a similar mistake. He broadcasted to the world that he (too) had forgotten a networking meeting, hadn’t put it on his calendar. What a guy, I thought. How bold of him to admit his error and turn it into a lesson on how to follow up in the most obvious way.

Following up has always been a priority for me. I preach it in my workshops as one of the most important aspects of the job search; whether it’s calling someone after a networking event, meeting someone for coffee, making the informational meeting you asked for. Like in work, following up is essential for success. Your word is your bond. And I mean it.

Recently my friend did me a great favor by speaking to our career center on the topic of (can you guess?) networking. I’m sure during the guest speaking event he mentioned the importance of following up, and I’m pretty sure he spoke of my faux pas. I would’ve. He’s a good friend who easily forgives.

Someday I’ll make this networking mistake of mine up to him.

4 thoughts on “The day I messed up; my networking mistake”