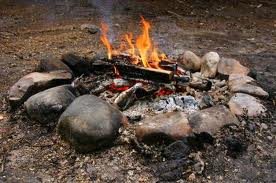 One thing I hate about a party is a loudmouth who demands the attention of the whole room. That’s why when my wife said we were invited to a good friend’s party last week, my jaw clenched and I told her I’m not staying past 10:00 pm, and oh yeah, we’re traveling in two cars.

I really dig our friends and the majority of cast of characters who comprise the group, but there’s one woman who exhibits one trait of an extravert–the propensity to speak. Except, in her case she dominates a group with her incessant talking.

On the flip side is a male member of the group who is as quiet as a mouse, but when the time is right, he’ll tell a story that will make you laugh until it hurts. Like the story about going camping with a bunch of his buddies. How they had one match between them to light a fire and how they relied on their  Boy Scout experience to light that fire.

Other than a story like this, he rarely says much, preferring to stand among the men in the group and stare into the glow of the fire. I attempt to prompt him with talk of sports and our children, but there’s little in return.

After my friend and the rest of the fathers have it with warming our hands by the fire that night it’s time to go inside where the wives and children are gathered around the woman who is talking about nothing in particular and, it seems to me, literally sucking the air out of the room.

A reader commented on one of my blog posts saying that an extravert who exerts herself excessively can be a ham, whereas an introvert who stays in the background too much runs the risk of being an extra. I see the woman of whom I speak the ham and the man who delivers the hilarious story, albeit infrequently, the extra. I also ponder the question of how introverts and extraverts can better communicate with each other.

My good friend and champion of introverts, Pat Weber, adds about the need for extraverts to be considerate of introverts, “Often times as introverts we aren’t going to share much personal information in a conversation. Extroverts who are aware of this will fare better by giving us some space, with silence, to let us have a moment or so to think! Silent space is one of the most appreciated gifts of better communications with us. Then we can keep our end of things up.”

Introverts have an obligation to contribute to the conversation and not be content with listening to a one-way dialog. Although it may require more energy and adaptability, the introvert doesn’t have to sustain the effort forever. A lack of effort indicates to others aloofness and disinterest–it’s insulting. When all the words are distinguished like the fire in London’s short story, it’s perfectly fine to leave the party…in the second car.

8 thoughts on “The introvert extra and extravert ham”