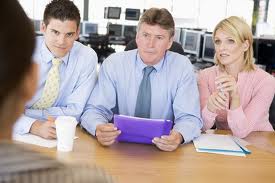 In a US News Money.com article titled 10 Things You Should Know About Your Interviewer, Alison Green enlightens job candidates on what interviewers are thinking during the hiring process. Interviewers are human too and have their own struggles. Her 10 statements are below.

But job candidates have their own struggles. Let’s look at it from the candidates’ points of view, according to what jobseekers have told me.

2. We’re busy. Candidates get that and value your time. But keep in mind, the best candidates will take a great deal of time preparing for the interview, sometimes more time than some interviewers.

3. We might have our hands tied by human resources. HR is the gatekeeper and makes it difficult for candidates who just want to deliver their résumé and cover letter to the person who will make the decision. So interviewers shouldn’t complain; candidates have it tough from the get-go.

4. We’re afraid of making the wrong hire. Job candidates don’t want you to make the wrong hire either. They want you to hire them as long as it’s going to be a happy marriage and won’t end poorly. In this case, it’s not “better to love than love at all.”

5. We want to hire someone we get along with. Ditto.

6. We’re trying to figure out what you’ll be like to manage. Most candidates want to know what it will be like being managed, as they might have had difficult managers. It’s a two-way street, as they say.

7. We want you to help us figure out why we should hire you. That’s fair. Don’t ask them a bunch of stupid questions like what kind of tree they’d like to be, or where they’d like to be in five years, or what is their greatest weakness and strength. Take some time to figure out how to get the best answers out of them, not the answers you’d necessarily like to hear.

8. We won’t always tell you what we really think. Now why wouldn’t you? If a candidate is daft enough to tell you he hated his last boss, or seems more concerned about the length of lunch time, or seems completely insincere; he deserves to hear your thoughts ASAP.

9. We’re wondering what you’re not telling us. Ditto again.

10. We hate rejecting people. Jobseekers don’t want to be rejected either, but they hate being put on hold more. If you’re not going to hire the candidate, and you know this very soon in the game, have compassion and tell him as soon as possible.

It seems, according to what Alison says, there is a lot of angst over hiring the candidates to fill positions, and it’s refreshing to hear some honesty. What it comes down to is making the best hiring decision. The process isn’t perfect–some say as high as 60% of all hires don’t work out–but who’s to blame for that?