I know there’s some debate around having a photo on your LinkedIn profile. The naysayers think it will contribute to age discrimination, and those in favor say it makes you more noticeable. I happen to agree with the latter; and those who heard my opinion on this when I first started leading LinkedIn workshops are probably thinking I’m a hypocrite—one person actually called me on it. Everyone, other than politicians, can change their opinions, right?

Basically there are five types of photos: the beautiful people, the ambiguous photo, the downright nasty, the silly photo, and the ugly grey box (no photo). 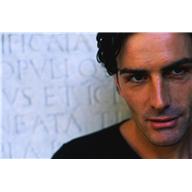 The Beautiful People. Are they really beautiful, or was their photo taken 15 years ago for the company tri-fold? That’s one question I have. I’m sure that there are some great looking people out there who are accurately representing themselves. But there was one time when I met a gentleman who looked nothing like his photo. I think he was trying to avoid age discrimination. To me, that’s devious and hurts you more than it helps.

At a recent networking event, I spoke to one woman about her photo, which was taken from too far a distance. I commented that she simply show her face and shoulders in her photo. I noticed the last time I looked at her LinkedIn photo she had followed my advice, and, boy, does her photo look great!

The Ambiguous Photo. I’ve decided my photo is ambiguous. Why, because I can’t tell what my photo says about me. It’s sort of blurry, the backgrounds not right, and my garb makes me look like I’m dressed at the moment—no tie. My goal was to appear professional. I should have worn a tie. Prior to this photo, I had a black and white one—an idea I stole from one of my colleagues—because my cheeks are too red and make me look like a tomato. Hers was black and white because she had pink hair at the time. 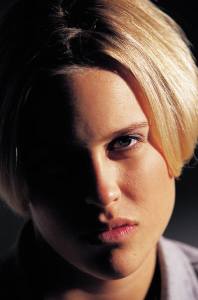 The Downright Nasty Photo. One photo comes to mind of a woman who looks like she would kill you as soon as look at you. You can see the anger in her face…and her anger comes out in her answers to questions on LinkedIn. Her photo is a true reflection of her personality. I would bet anything that she hates life. This is a difficult photo to discuss because the description is negative and I don’t like to criticize people who don’t know better.

I’m also not too fond of the serious, why-isn’t-he-smiling photo? Isn’t the idea to show your amiable self in your photo? Your photo is part of your branding statement, so it should demonstrate to employers and potential customers the inner beauty in you…or that you’re at least a likeable fella.

The Silly Photo. I’ve seen LinkedIn photos of caricatures, people sitting by their motorcycle, soccer balls, people standing on the beach, burning masks, and other silly representations of people. To this I say they’re not taking LinkedIn seriously or don’t want to spend the effort to have a quality photo taken of them, either professionally or by someone who has a decent camera.

The Ugly Grey Box. I think this is LinkedIn’s way of encouraging people to include a photo on their LinkedIn profile, and I think it’s a positive thing. When I see that ugly grey box, I have two reactions. One, I don’t immediately recognize the person, so I feel no real connection with them. Two, I think they’re hiding something which, incidentally, is how recruiters and employers feel. It’s immediate cause for suspicion. The fact is that the workforce is aging and most people working are mature workers. Although age discrimination exists, employers can’t afford to pass up talented older workers for younger, less experienced ones. Take a chance, all you grey heads, and post your photo on your profile.

What’s the Big Deal? People who are looking for a job need to take everything about their LinkedIn profile seriously, including their photo. In fact, even those who are gainfully employed have to present themselves in a favorable light. We are constantly networking. People who are out of work, employed, and own a business are on display. Networking is about connecting with others, right? Your photo is one way to do this.

6 thoughts on “Is Your LinkedIn Photo Acceptable?”