And what you should do about it!

It’s called paralysis by analysis. I’m sure you’ve heard of it, or even suffered from it. I have. Suffered from it, that is. This is when you’re caught up more in the process than achieving the goal. No, this is different than procrastination. This is the inability to act. 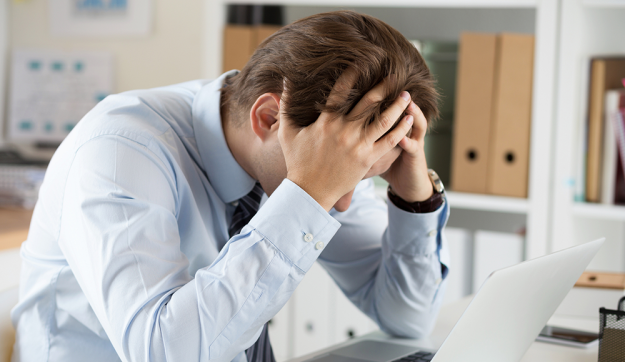 I see it in the resource room of the career center for which I work. A person sits down in the morning; opens their résumé on a computer to revise it; and when I walk by at the end of the day they’re still revising the same résumé, their eyes bloodshot. I ask nicely, “Are you applying for jobs?”

“Not yet,” he replies. “I’m waiting until my résumé is perfect.”

“You’ve been here all day working on the same résumé.”

One time I must have been heard throughout the career center as I raised my voice at one person, “Apply for some jobs already.” I was being playful, but I also meant it.

Another person is doing such a great job of networking. He is meeting people for coffee or lunch, going to networking events and buddy groups. This has been going on for weeks. I ask him where he’s applied.

“I want to make sure I apply to the right companies,” he says. “I’m trying to get a sense of their culture.”

“Great,” I reply. “But you need to start applying. Apply on line.” And I hate saying this, because to me applying online is equivalent to throwing chumline in the ocean and waiting for fish to surface.

These are but a few examples. It could be trying to make their LinkedIn profile perfect before sending invites to people, asking for recommendations, or engaging with their network. Anything less than perfect is unacceptable.

Are you suffering from paralysis by analysis? Here are a few reasons why you might be, as well as some advice on how to move forward:

Losing a job is a terrible blow to your psyche, even if you weren’t to blame. Additionally you’re wondering how you’re going to pay the bills. What will working again be like, you wonder? It might be 15 years since you last engaged in the job search. A lot has changed since then. This is a scary prospect.

I’m not going to say, “Get over it.” But I am going to say, “Take some time—a week or two—to realize that the more you’re out of work, the longer it will take to find employment. Understand that:

Writing résumés has changed over the past 15 years

The way résumés are written has changed. Recruiters want to see accomplishment statements, with quantified results. The applicant tracking  system might not have been used by organizations, as well.

Don’t be obsessed with writing your résumé; however, make sure it meets the following criteria:

Most companies want you to apply online or go through recruiters and staffing agencies, but you’re more likely to get better results by getting your resume in the hands of the hiring manager directly. Most companies prefer to hire job seekers through referrals from people they know and trust.

Despite what most people think, networking events aren’t the only activities that constitute networking. Look at networking as connecting with people everywhere. Your neighbors, relatives, friends, store owners, dentists — essentially everyone can be a valuable networking connection. Make sure to reach out to former colleagues and supervisors who can act as references. Don’t be afraid to ask for help.

Social media plays a large role in the hiring process

In today’s job market, you have to be cognizant of your social media image. According to a 2014 survey, 94 percent recruiters look for and vet talent on LinkedIn. Four years later, the number may be even higher. Employers are also checking you out on Facebook and Twitter to dig up any dirt that may disqualify you from the running.

First of all, LinkedIn will not land you a job by itself. It is a supplement to your face-to-face networking events. However, it can be very helpful if used properly. Like your résumé, don’t dwell on trying to make it perfect. There are two other components that make your LinkedIn campaign a success—growing your network and engaging with your connections.

The interview process is longer

You might have to endure as many as five telephone interviews before multiple face-to-face interviews. The types of interviews you will participate in could vary, including Skype, Zoom, group, and, of course, one-on-one.

Go with the flow. It’s a known fact that employers dread hiring the wrong person because it’s costly and embarrassing. It may seem like they’re looking for the purple squirrel, so be patient and persistent. Most importantly, don’t put all your eggs in one basket. Some job seeker tell me they’re only applying to a couple of companies, because they’re the ones. Apply to the right companies, but have a list of at least 10 companies for which you’d like to work.

If my clients think I want them to scatter their résumés around the state, they’re wrong. All I’m asking is that they don’t spend more time doing nothing than doing something. Yes, they should recover from their trauma…or fake it til they make it. They need to connect with people in their community. The interview process, and the methods employers are using, is taking longer.

One thing we all an say for certain is paralysis by analysis is real and detrimental to your job search.

Bob McIntosh, CPRW, is a career trainer who leads more than 17 job search workshops at an urban career center, as well as critiques LinkedIn profiles and conducts mock interviews. Job seekers and staff look to him for advice on the job search. In addition, Bob has gained a reputation as a LinkedIn authority in the community. Bob’s greatest pleasure is helping people find rewarding careers in a competitive job market. For enjoyment, he blogs at Things Career Related. Follow Bob on Twitter and connect with him on LinkedIn.