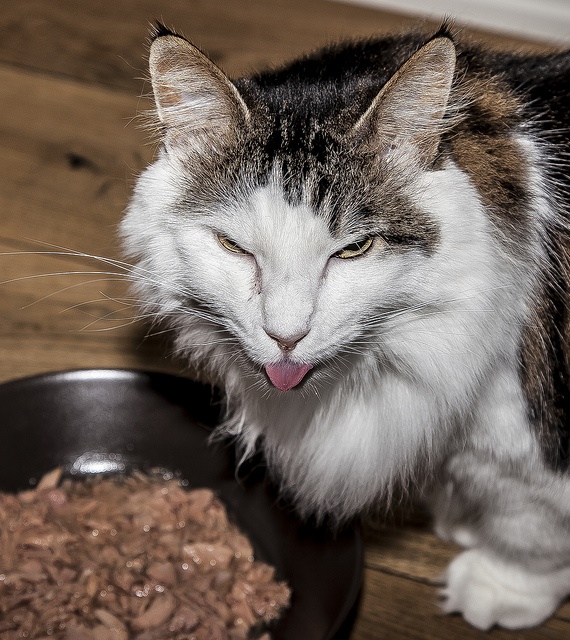 And a story about my daughter and cat food.

When my oldest daughter was a toddler she had a tendency to stick dried cat food up her nose. The first time she did it it was no big deal. I simply fished it out with tweezers and then asked my frantic wife what we were having for dinner.

The second time, however, my wife insisted we bring her to the emergency room, where we waited a solid hour until we were seen by a doctor. (By then, the cat food had puréed and was running out of her nose.)

The doctor was nonchalant about this “emergency.” He took one look at the situation and excused himself  (I suppose to laugh at the young couple who brought their child to a emergency room to have cat food extracted from their daughter’s nose).

He returned approximately 20 seconds later with a paperclip, which he unfolded while humming all the while. Gently he stuck the U-shaped part of the paperclip up our daughter’s nose and pulled the gooey mess out.

I don’t know who was more embarrassed;  my wife for insisting that we bring our daughter to the emergency room, or me for giving in to her demand. “I didn’t want you to stick the tweezers into her brain,” my wife said as she held our daughter in her arms on the way to the car.

What does this story have to do with the Perceiver on one of the Myers-Briggs Type Indicator’s spectrum, which contains those who prefer the dichotomies Judging or Perceiving? The doctor demonstrated the calm nature of the Perceiver.

Often times we focus mainly on introversion and introversion the first two dichotomies and not enough on the last two, Judging and Perceiving. This fourth preference pair describes how you like to live your outer life.

On the Judger/Perceiver spectrum,  my wife is a J. This is a good thing because she organizes the family affairs. I, on the other hand, am an off the chart P, which means I’m more likely to handle problems with more ease than the Js.

I once shared an office with a J who was the epitome of organization. She would remind me of workshops I had to do everyday, and I would say, “I remember, Ellen.” Ps aren’t that disorganized.

To add to my role in our working relationship, I would calmly handle any issues she had with, say her computer, or I would calmly tell her not to worry about the size of her workshops—for me the larger number the better. We Ps handle problems in stride.

She was an interesting J, extremely organized. I would walk in the morning of my workshop without having set up the night before, whereas she would have everything prepared; all the paperwork to hand out; the name tags set up (I don’t use name tags); her station organized to include exactly four Starburst candy, a warm mug of water, not cold, and four paper napkins.

How do my workshops go, you may wonder. If the majority of my marks are “Excellent,” I guess that’s a good indication of how well I do. Ps want to succeed as much as Js; we just do it differently. Another great trait of the Ps is spontaneity. This is why none of my workshops are exactly the same, another reason why my marks are very high. “Bob makes things interesting,” is a common comment on my evals.

One thing we are known to do is procrastinate. (Read my post on the curse of Perceivers.) We’re not proud of this. Many years ago I had to install a screen door on our house. After a week of patiently waiting, my wife put her foot down and told me to “get it done.”

A Judger probably would have had that screen door attached the day after the screen was ripped by our upstairs tenants. He would have written it on his calendar and made a list before going to Home Depot. The screen door eventually was attached to our house, which was a proud moment for me, but an irritant for my wife.

I’m glad the doctor extracted the cat food from my daughter’s nose with such precision and that I didn’t pierce her brain with tweezers (my wife and I still argue about the likelihood of that happening). Was the doctor a Perceiver? Who knows. All I know is that his calmness reminded me of my preference for perceiving and how proud I am to be a P.