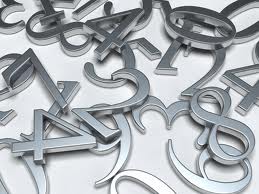 I think people have a fascination with numbers, percentages, and dollars. I do. I know that 88% of the time I spend is productive and the other 12% of the time is wasted. I’m cool with that, but I don’t know how to explain it. It’s good that I’m at least getting a B+ in life. I spend approximately $3 a day on coffee, which is about 2% of what I spend weekly. So that’s not too bad. I read 25 pages of a book before I drift off to sleep—any less, any more, I’m up all night.

What is it about numbers that fascinates people, that makes their claims legitimate? Does it make the abstract concrete? Often we base success and failure on numbers because numbers give us something to grab, or understand better. No one really knows how many ways there is to write an effective résumé, except employers that choose people for an interview. Here is a look at numbers that get thrown around, including by me.

Interview numbers: I tell my workshop attendees that 99% of the time an employer will allow them to take notes at an interview. They must think I’m pulling this number out of a hat. I’ve been to approximately 25 interviews in my life, and at all interviews I was allowed to take notes. There must be some interviewers who don’t allow note taking.

LinkedIn Summary numbers: Your LinkedIn Summary allows you 2,000 characters. Did you know that? I once proposed to my customers that utilizing 90% of this space makes for an excellent Summary. That’s fine, but how does one use all 1,800 characters if one doesn’t have 100% compelling content? How do you retract a dumb statement like this? This is how hung-up on numbers I am.

Résumé numbers: I may believe there are 5 ways to write a résumé that will get you invited to an interview. But somewhere I heard there are 6 and another source cited 10. Does the person who claims there are 10 know more than the one who alleges only 6?

Somewhere I read that only 50% of recruiters read cover letters. Is this a known fact or a guestimation? If that’s true, then a jobseeker will waste 50% of her time writing a cover letter for all the positions to which she applies. This boggles my mind. I say to cover all your bases.

Networking numbers: Sixty percent of most jobs are gained through networking; however, more than 80% of executive-level jobs are a result of networking. Or is it 85%? When people ask me how effective LinkedIn is in getting a job, I’m tempted to say, “If used in conjunction with personal networking, your chances of getting a job is 80%.”

Did you also know you must contact a person 7 times before that person becomes a bona fide network connection? Again, how was this figured out? There are several connotations associated with the number 7, including biblical references, but I doubt you’d have to call or e-mail someone before you’re officially connected.

Getting-a-job numbers: Richard Bolles, What Color is Your Parachute, places a 4%-10% success rate on applying for jobs online. Because he is the guru of the job search, I believe him and tell my customers to focus their energy on other methods, e.g., networking, using a recruiter, knocking on companies doors. I say this because Bolles attaches numbers to his claim. Yet I’ve heard many customers say they got their interviews from Monster, Dice, SimplyHired, Indeed, etc.

My personal formula for getting a job is 60% personal networking + 20% online networking using LinkedIn + 6% applying online + 14% doing something else = 100%. These are good odds, don’t you think? The problem is, everyone’s different, so this can’t be proved.

I was tempted to title this entry, “10 reasons why numbers mean nothing.” But as I thought about it, I realized that there is some merit in numbers. For example: Your chances of getting a rewarding job are 0% if you use the sitting-on-the-couch-and-hoping-for-a-job-to-land-in-your-lap method. Zero percent of employers will be impressed if you send a résumé and cover letter written in crayon. Zero percent of jobseekers will get their dream job if they arrive at an interview dressed in just their underwear. So these are safe numbers to cite.

Note of apology: This writer acknowledges that there are many great authors who cite numbers in their entries, and hopes not to offend those who do. Henceforth, this writer will cite numbers whenever appropriate.

2 thoughts on “Our obsession with numbers; approximately 1 to 20 ways to succeed or fail”