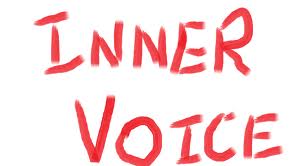 If you’re like me, there have been times when you spoke without thinking and said some incredibly stupid things. Worse yet, you might have blurted words that had negative consequences. At times like this, your outer voice took over like a hurricane leaving devastation in its wake.

If only you had heeded your inner voice, the voice that tells you to stop and think before you talk or write something you’ll regret. The voice that is rational and will usually save you from embarrassment and, ergo, negative consequences.

A customer of mine recent told me during a Salary Negotiation workshop that he was offered a job during the last of four interviews. But when he was told the salary for the job would be $12.00 an hour, half of what he made at his last job, he screamed, “Are you (expletive) kidding me?” Needless to say the interview and all possibility of getting the job went up in smoke.

He asked me if he had said the right thing? The rest of the group shook their heads; I simply said, “no.”

Jobseekers need to be cognizant of their inner voice and not let their outer voice speak for them. Another of my customers was asked an illegal question during a phone interview. “How old are you?” she was asked.

She promptly swore obscenities and hung up on the recruiter who was probably screening her and was in no way indicative of the people for whom she might work. She was clearly listening to her outer voice which told her, “Illegal question, illegal question,” and she acted impulsively.

“I’m 49; however, I’ve been consistently acknowledged for my productivity. In fact, I’ve out worked my younger colleagues and covered other shifts when they needed weekends off. Because my kids are self-sufficient, I require no time off. You should also consider my job experience, as well as life experience, which younger workers don’t have.”

The outer voice is apt to reveal its ugly head when jobseekers are frustrated and despondent over the job search, such as when they’re networking and asked about their current situation. A listener understands her partner’s anger, but hearing him speak negatively is off-putting. The networker has most likely lost his contact because his outer voice defied him, truly revealing his feelings.

What would you like to do in the job search? You’d like to listen to your outer voice, which encourages you to express your negative thoughts.

There will always be those who are prisoners to their outer voice. They will talk without consulting their inner voice and will pay the price. These are folks who are often trying to dig themselves out of a whole that is insurmountable. Although they proudly spoke their “mind,” it’s not usually worth the trouble they land in.

8 thoughts on “Heed your inner voice in the job search”